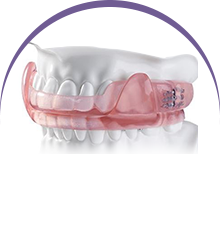 Sleeping with Someone who Snores

If you had to guess the percentage of couples that sleep separately at night because one person snores, what would you say? Perhaps you’re a romantic, so you’ll guess low at five percent. Or maybe you’re more of a realist, so you think 10 or 15 percent might be accurate. Well, studies indicate that some 25 percent of couples are willing to report that they sleep separately, so researchers believe the actual percentage is likely much higher. Moreover, that snoring can be a sign of a more serious condition called sleep apnea. If you sleep with a snorer (or if you don’t because you’re in another room), then contact Sleep Rehab. Dr. Fedosky and his team treat sleep apnea in Dallas, TX, and the surrounding communities, so everyone can sleep well and together.

The Dangers of Second-Hand Snoring

Just as second-hand smoke can have health consequences to those who don’t smoke but are around people who do, so too second-hand snoring can affect people who are in relationships with snorers. The Mayo Clinic in Rochester, MN, did a study of snorers and their partners, finding that partners were awakened an average of 21 times an hour—almost as much as the snorers’ 27 awakenings due to sleep apnea.

Dr. Fedosky and his team at Sleep Rehab treat both snoring and sleep apnea with an oral appliance called a nightguard. More often than not, sleep apnea happens when soft tissue in your throat blocks your airway; hence, this is called obstructive sleep apnea. As you try to breathe in and out, air vibrates the tissue causing that annoying and often loud snoring that awakens your sleep partner.

A nightguard shifts your lower (mandibular) jaw slightly forward in order to open your airway for easy breathing. This oral appliance is made of smooth medical grade plastic that fits comfortably in your mouth, so you can wear it night after night to ensure that both you and your spouse sleep well and are alert and productive during the day.

If someone who snores frequently interrupts your sleep at night—or if you’ve moved out of your own bedroom to get away from the snoring—then contact Sleep Rehab in Garland, TX.

Comments Off on Sleeping with Someone who Snores